The view from the top: The journey from IRO to CEO

By Oskar Yasar9th November 2022No Comments

The view from the top:  The journey from IRO to CEO

Can IROs climb the corporate ladder to become CEO? IR Magazine’s interview with Oskar Yasar and others details the skills and experience needed to make it.

Can IROs climb the corporate ladder to become CEO? Laurie Havelock speaks to someone who has, as well as recruiters who detail the skills and experience needed to make it all the way to the top job.

The sense that a role in IR is a life-long vocation is waning. Not only are IROs some of the most visible people in their organisation, both internally and externally, but the role also provides unparalleled exposure across the functions of a publicly traded firm.

It’s perhaps no surprise then that the route from IR to the C-suite is becoming well worn. But where the CFO chair was once seen as the default destination for IR professionals, the CEO role is less frequently considered.

Indeed, a survey of 667 IROs in IR Magazine’s Global IR Salary and Careers Report 2022 finds that ending up in the C-suite or on a company board is the least-important career aspiration for those polled: just 42 percent say it’s of high importance, while more than three in 10 IROs rate their feelings about that particular path as ‘indifferent’ at best.

It might be that IR is a very fulfilling vocation, or that those in the role are modest about their aspirations. But Oskar Yasar, managing partner at IR and corporate affairs recruitment firm Broome Yasar, says it could be because many IROs don’t even realize they could end up as a CEO.

‘As an industry, we should all realize that we’ve come a long way,’ he points out. ‘IR is no longer just a back-office function. It’s now at the forefront of corporate positioning and strategy.’

To read the article in full:  https://www.irmagazine.com/careers/view-top-journey-iro-ceo 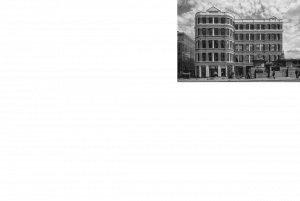